Nick Harding worries about the new “linguistic affectation” that England’s young people have adopted—a hybrid of accents incorporating “Jamaican patois, American west coast and London.” He wonders why so many English children are speaking a version of what academics call ‘Multicultural Youth English’, or MYE—a mix of South Londonese and Western American, with strong Jamaican and Afro-Caribbean inflections. He calls it Amerifaican, which is not quite like the also popular Jafaican, which apparently makes most English boys sounds like Bob Marley! According to Lancaster University’s Paul Kerswill, who has studied MYE, it is no passing fad

With her ear glued to her mobile phone, my 11-year-old daughter, Millie, was deep in conversation, her brow furrowed as she discussed some arrangement with a friend.

This indecipherable code-speak (‘sick’ means awesome, ‘DW’ is don’t worry and ‘yolo’ means you only live once) was delivered in an accent I could only place as somewhere between South London, downtown Los Angeles and Kingston, Jamaica.

It certainly isn’t indigenous to our home village of Ashtead, in the rolling Surrey hills. 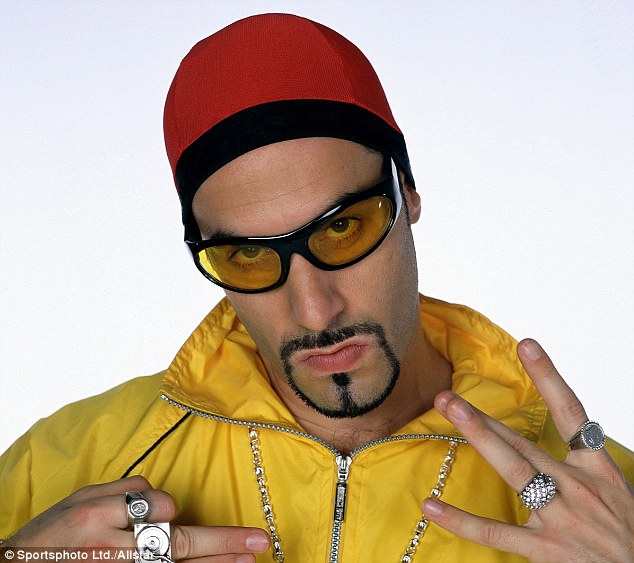 When Millie ended the call, she turned to me, smiled and asked: ‘What’s for supper please, Dad?’ in perfect Received Pronunciation.

It seems that after less than a month at secondary school, my daughter is now bi-lingual — but it is not French or German in which she is suddenly fluent.

Her new language, comprising alien words and abbreviations delivered with faux West Coast American inflections, will not stand her in good stead when she embarks on a school trip to visit museums in Berlin.

Millie now speaks a version of what academics call ‘Multicultural Youth English’, or MYE, which she has picked up from her friends — middle-class girls from the Home Counties.

Many well-heeled parents with children who have started secondary school this term will, like me, be familiar with this change in the way their children speak.

Some will be frustrated, while others will be depressed that their youngsters are conversing in what I can only describe as a clumsy rap-speak derived, variously, from the West Indies, Mumbai, MTV and American reality TV stars the Kardashians.

Initially dubbed ‘Multicultural London English’ by linguists, this bizarre way of speaking is now creeping out of the city and into the shires, infecting children like some linguistic superbug.  I greet my daughter’s new vernacular with puzzled bemusement.

To her friends she speaks in what I like to call ‘Amerifaican’ — a linguistic affectation where the final syllable in each sentence plunges off an intonational cliff.

Her vowels are stretched to breaking-point, and conversations are now dotted with misused prepositions which I constantly try to correct. Just yesterday, for example, I asked her: ‘What did you have for lunch today?’

‘Like lasagne? Do you mean cannelloni, or maybe moussaka?’ I persevered. . .

The ruination of language does not stop there, since everything good is now ‘epic’, every triumph is met with ‘ooosh’, and humour no longer merits a laugh but is instead acknowledged with ‘lol’.

So why is my daughter — along with hundreds if not thousands of other children — committing these linguistic atrocities.

While I sometimes tire of yanking the grammatical reins and worry that this dialect will spill over from the playground into Millie’s everyday life, I actually thank heavens she isn’t speaking that particular version of MYE favoured by teenage boys through Middle England: the hideous dialect known as Jafaican, which seems to be spreading rapidly.

It differs from Amerifaican in that the influence is mainly Jamaican, yet it has been adopted by boys of all races and colours.

Our local 406 bus ferries people from the affluent Surrey village of Ewell to the leafy riverside borough of Royal Kingston upon Thames.

Mostly, the verbal soundtrack to this journey through the middle-class heartlands of the South East is Estuary English, the formal clipped tones of Received Pronunciation and, perhaps, a smattering of Korean and Polish.

But at 3.30pm each weekday, the destination on the front of the bus might as well read ‘Kingston, Jamaica’ rather than Kingston upon Thames, as hundreds of children from comprehensive schools head home, bickering in an indecipherable language which, frankly, only they can understand.

Lampooned by the television comedy characters Ali G and Lee Nelson, Jafaican has its very own lexicon, a random hotchpotch which includes words such as blud (friend), cotch (relax) and creps (trainers), and originated in the ethnic melting pot of East London.

It is heavy with Jamaican and Afro-Caribbean inflections; words are clipped and there are idiosyncrasies with unknown origins, such as saying ‘raaait’ instead of right.

Worryingly, MYE in all its forms takes many of its characteristics from the misogynistic and expletive-ridden world of rap music.

Professor Paul Kerswill, of Lancaster University, has  studied MYE — and says it is no passing fad.

‘There is evidence that this new type of English is spreading outside London around the big urban centres of England — some young people in Birmingham and Manchester use local versions of it, for example.

‘Because of the slang and its association with hip-hop, it’s considered cool and fashionable. This leads young people — and some older people too — to pick up the slang and the style in their everyday talk, even though they may be middle-class and not from the inner city.’

Professor David Crystal, linguist and author of Wordsmiths And Warriors: The English-language Tourist’s Guide To Britain, adds: ‘Groups and bonding are especially important to teenage girls so, if there is a feature which is perceived to be cool and fashionable, you are almost certainly going to get it spreading like wildfire in that particular age group.

‘It is now perfectly normal for kids to leave junior school, start senior school and switch their accent and dialect.’

Experts agree that MYE has spread quickly because of mobility between cities, and also technology. Worryingly, it is projected to usurp some traditional regional dialects, such as Cockney in London, within the next 20 years.

In cities, the problem is so acute it even affects the school choices parents make for their children.

Rock star Paul Weller is one of them, admitting that he chose private education for his children over the local comprehensive near his home in London’s wealthy Maida Vale because of the way local teenagers speak.

‘I don’t want my kids coming home speaking like Ali G — I’m just not having it,’ he says.

It is not just snobbery about accents which is stoking parental concerns. Diction has a direct bearing on how speakers are perceived, especially in the job market.

An investigation by ITV’s Tonight programme two weeks ago concluded that there is a social stigma attached to certain regional accents. A survey commissioned by the documentary revealed that people speaking with Liverpool and Birmingham accents were perceived as less intelligent.

Jafaican was not included in the report, but it seems unlikely to score highly in any linguistic league table.

However, it is now so entrenched that some experts believe it will never be eradicated.

‘It is already many people’s ordinary speech and will stay with them into adulthood,’ says Professor Kerswill.

For my part, I am sure that if I persevere with my light-hearted nagging, Millie will grow out of her new verbal habit.

I hope that I’m right. It concerns me that children are becoming conditioned to speaking in a dialect which many potential future employers will find totally off-putting.

These children are in danger of literally talking themselves into unemployment in later life.