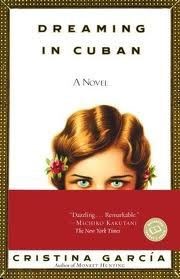 The book tells of the life of three generations of a single family after the 1959 Cuban revolution.  The book written in 1982 was a finalist for the National Book Award.  Cuban history and the rich culture are important facets of the novel.  According to the American Library Association, which tracks banned books, this is the first banning of this novel.

The book had been listed, as were many other pieces of Latino literature, on the state’s core-curriculum list.  Certain teachers deemed the book “sexually graphic” and inappropriate for students.  The banning originated with the complaint of one parent who noted the following passage was inappropriate for her 10th grader:

“Hugo and Felicia stripped in their room, dissolving easily into one another, and made love against the whitewashed walls. Hugo bit Felicia’s breast and left purplish bands of bruises on her upper thighs. He knelt before her in the tub and massaged black Spanish soap between her legs. He entered her repeatedly from behind.

“Felicia learned what pleased him. She tied his arms above his head with their underclothing and slapping him sharply when he asked.

“In the morning he left, promising to return in the summer.”